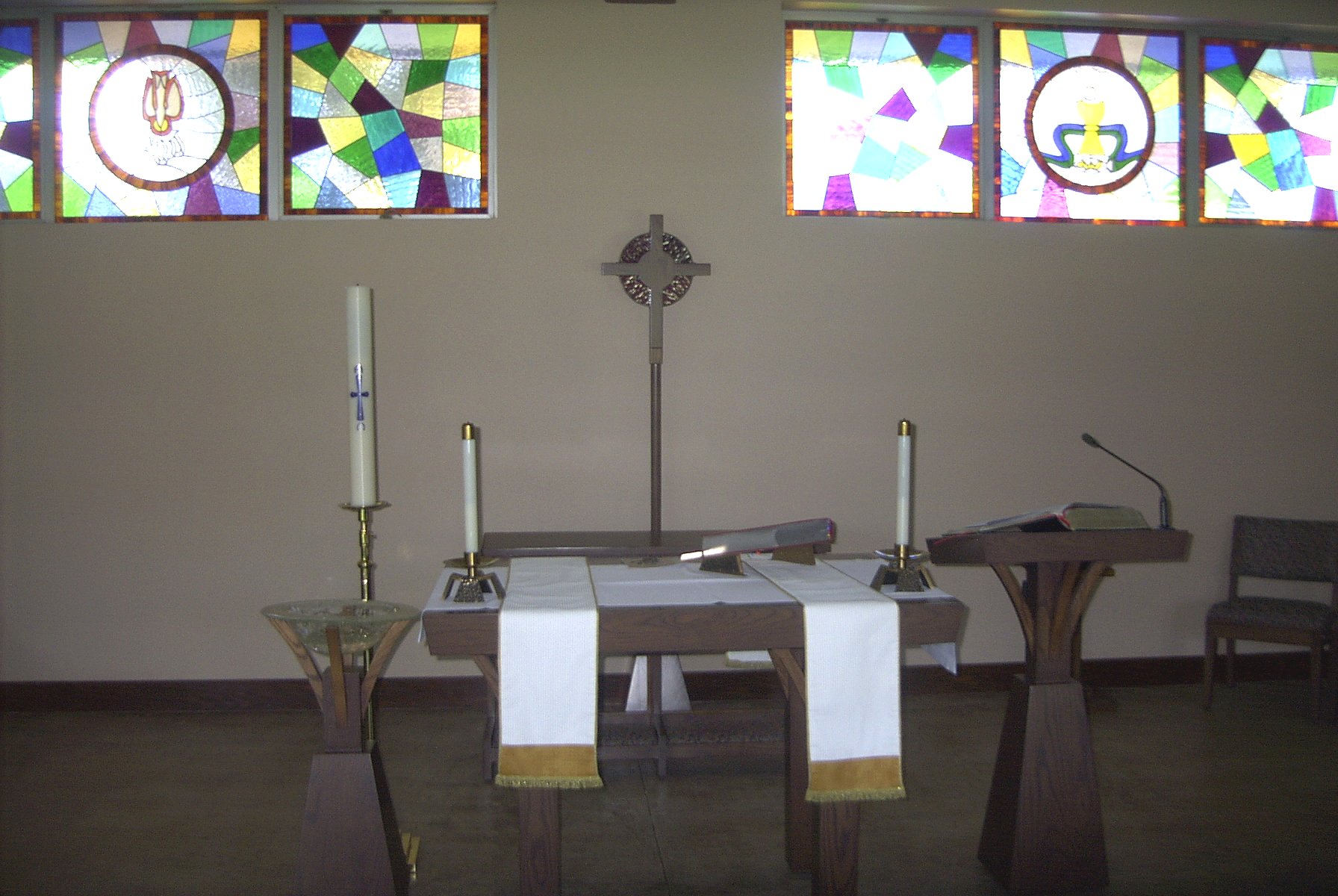 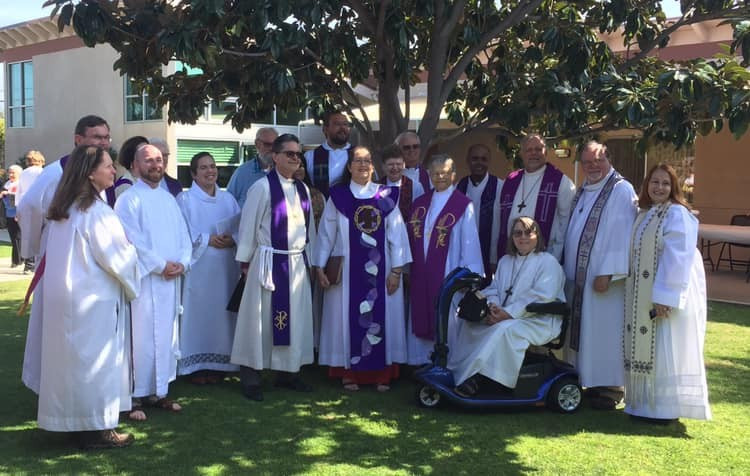 Pastor Karla joined Gethsemane on March 4 and was installed on March 24 by the Rev. Dr. Andrew Taylor, Bishop of the Pacifica Synod of the Evangelical Lutheran Church in America (ELCA). (We celebrate Pastor Karla's first year with us on March 4, 2020).

After retiring from the Navy in 2008, Pastor Karla served as Associate Pastor at Incarnation Lutheran in Poway until 2017 and then as an Intentional Interim Pastor for two area churches during their pastoral search processes.

Pastor Karla is married to her high school sweetheart and fellow avid Padres fan Ed Stockton (also a Navy Veteran), and they are approaching their 34th anniversary.

An Iowa native, Pastor Karla and her four siblings were raised on the family farm, which has been in their family for over 140 years. As a 4-H member, Pastor Karla honed her skills in cooking, sewing and calf-raising. She was an exchange student in Sweden after high school graduation. Later in life she took up running and has run three marathons and a bunch of half marathons.

Pastor Karla earned a Bachelor of Science degree in Psychology from Iowa State University, expecting to become a counseling psychologist. Her call to ministry came when she was working as a youth director for a Lutheran church in Bucyrus, Ohio.

Pastor Karla is an active volunteer with the Leukemia and Lymphoma Society and is involved with the philanthropy team of her quilting guild. 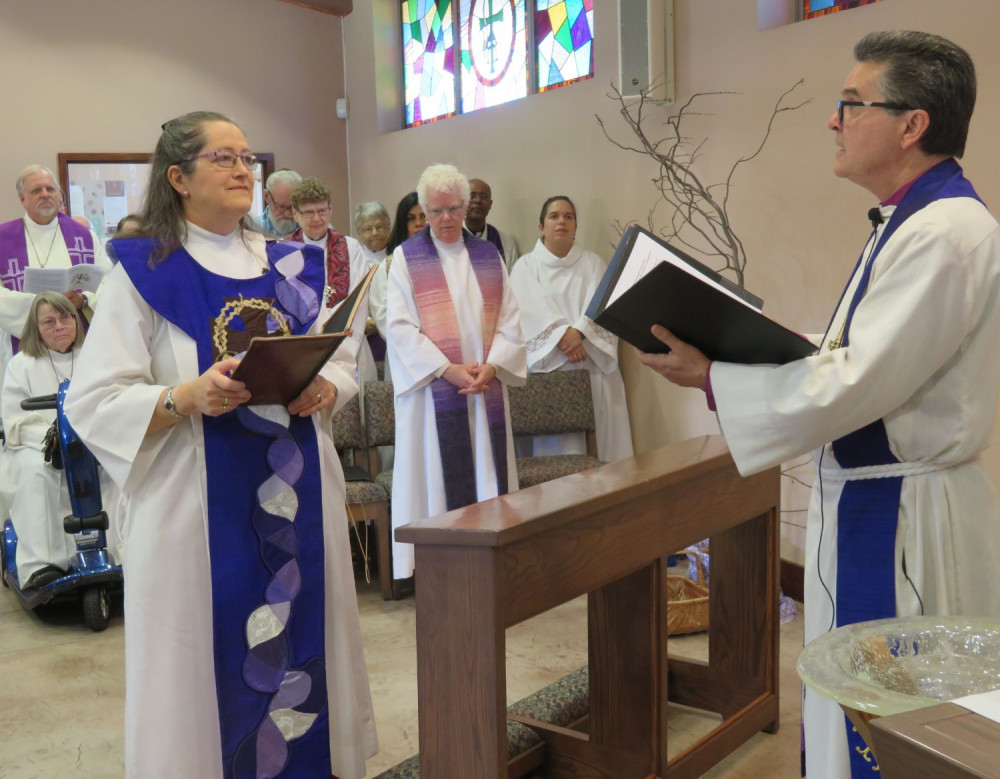 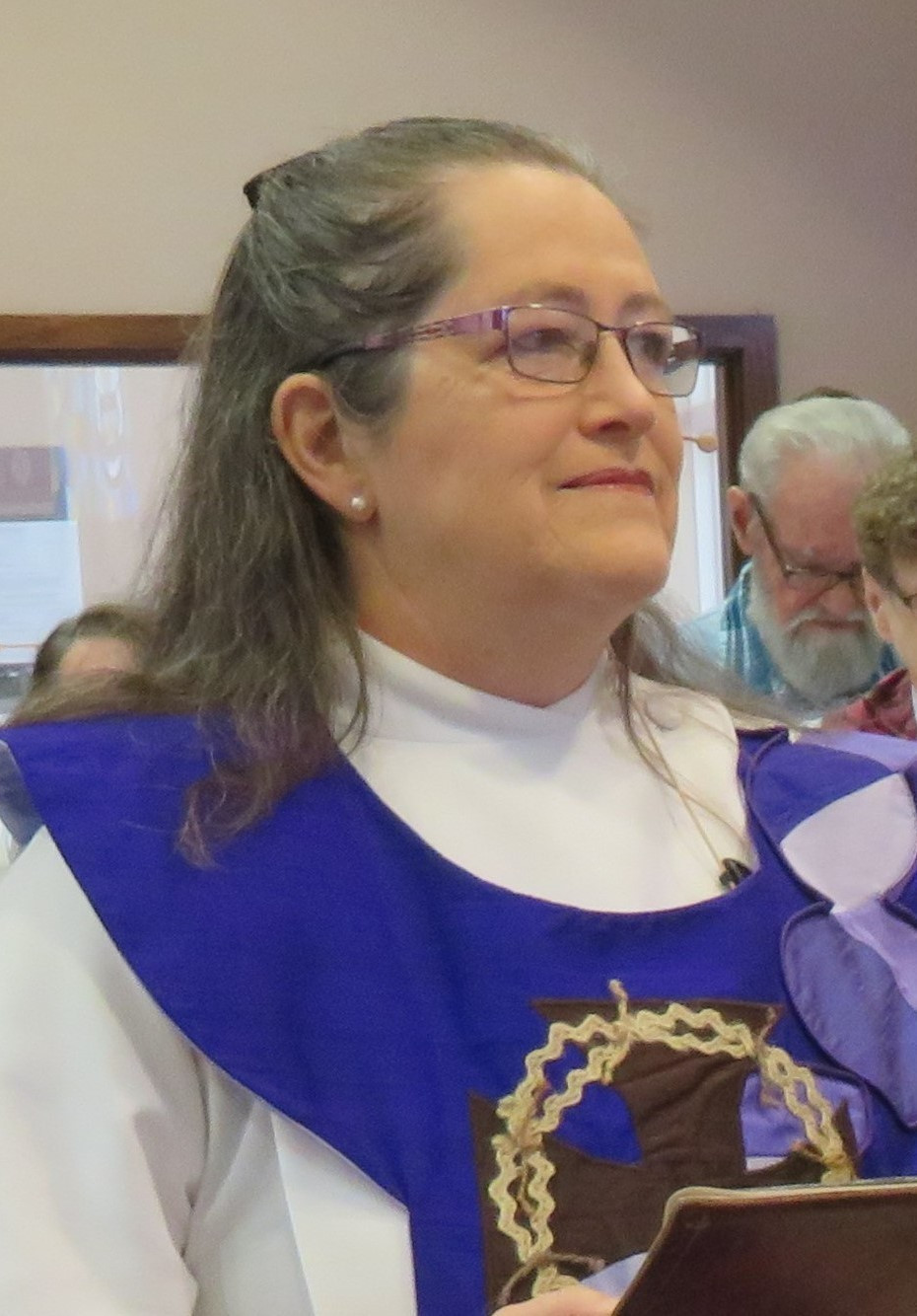